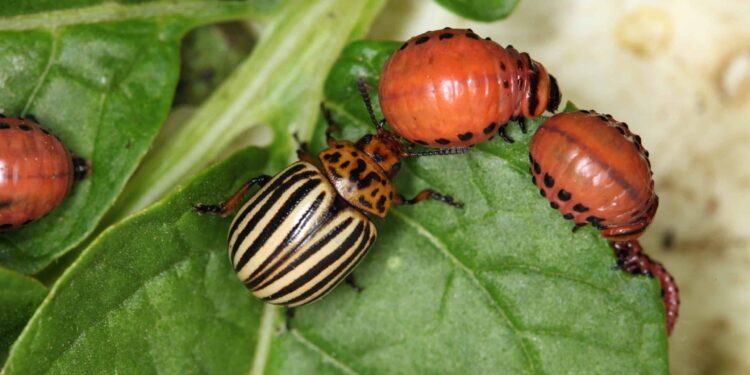 Colorado Potato Beetle (CPB) is still the number one insect pest of potatoes around the world. It’s a formidable enemy; left uncontrolled it can decimate a crop, but it can also quickly adapt and build resistance to chemical controls.

“The potato beetle has been referred to as the poster insect for resistance – it’s found a way to overcome the majority of insecticides we’ve thrown at it,” says Bill Moons, a market development agronomist for Bayer Crop Science. Since they were first introduced, neonicotinoid seed treatments have proved the most effective line of defense against CPB, but these are becoming less effective in parts of the country, Moons says.

“The vast majority of acres are still getting a neonicotinoid up front. When they were first introduced, we were getting 90-plus days of protection, but that’s down to 50 to 60 days in some regions, so the need for another mode of action is a must,” he says. “We’re having some pretty significant issues in Manitoba and parts of [Ontario and] Quebec.”

Integrated pest management (IPM) combines a variety of tools – biological, physical and chemical – to reduce risks from pests. When it comes to managing CPB, IPM is critical. The most important strategy in producers’ toolbox, Moons says, is the rotation of chemistries. Beyond neonicotinoids (Group 4A), there are chemistries from several other groups on the market; the most commonly used belong to Group 5 (spinosyns) and Group 28 (diamides).

Mixing and rotating chemistries is critical to prolong the use of these products, but just as important is holding off on spraying until economic thresholds have been reached, he says. “Potatoes are pretty resilient, have a lot of vine and can take a certain amount of damage. If producers can avoid spraying, that will help to prolong the life of the products.”

ohn Gavloski is the extension entomologist for Manitoba Agriculture and Resource Development. Last year, he says, Manitoba saw quite a few incidents of CPB in July and the later part of the growing season. “Some of these, we feel, were escapes, since most of the growers had a seed treatment or in-furrow application,” he says. “There’s good evidence that potato beetles have some resistance.” Crop rotation has some utility for CPB as it makes beetles “work harder” to find potato fields, Gavloski says, although the pest can easily move between fields within a quarter-mile radius.

“We do advise people to scout and use thresholds to try to minimize foliar spraying,” Gavloski says. He adds potatoes can tolerate 25 to 30 per cent defoliation when they are in the vegetative stages, but when tubers begin to bulk, which begins soon after flowering, they can only tolerate about 10 per cent defoliation. Because high populations can defoliate plants quickly, treatment is usually applied when about 10 per cent defoliation is found. CPB larvae go through four growth stages. Older larvae cause as much as 75 per cent of feeding damage. Spraying, if needed, should be timed for when the oldest larvae are in the third growth stage (about five millimetres long), Gavloski says. Fully grown larvae are about eight mm long.

Bayer has recently launched a new Group 28 formula marketed under the trade name vayego®  that can be used to control CPB as well as potato flea beetle and European corn borer. A second-generation diamide (tetraniliprole), the product has residual control that is equal to or longer than any other products on the market, Moons says. “This year we’ll be recommending to growers that if they’re going with a neonicotinoid up front, when that protection starts to break, they can come in with a product like vayego, which should give them at least two weeks’ protection. This could get them past the critical time period of the crop,” he says.

To prolong the use of the product, Moons says producers should switch to a Group 5 product if a second foliar application is required, although a second application may not be necessary, as vayego has been shown to be effective against CPB at all stages. “In any given field you have anything from eggs to the fourth instar to adults. That’s the nice thing with vayego – you don’t have to worry about targeting them at a specific growth stage,” he says.

Vayego has a two-application label, but Moons says Bayer is not recommending a second Group 28 application in the field. “We don’t want to burn out the Group 28s,” he cautions. “If we can rotate between neonics, Group 28s and Group 5s, we can have a pretty good handle on managing this pest going forward.” Darin Gibson, an independent researcher with Gaia Consulting in Manitoba, has done contract research on vayego among other products. He confirms that vayego appears to have good residual control and is effective against larvae and adults.

Gibson says it can be a problem trying to maximize control of the insects if neonicotinoids are breaking down early in the season–but it’s critical to minimize the use of any chemistries until they’re absolutely necessary. “Sometimes the knee-jerk reaction is to assume that if you see any number of eggs and larvae in your crop after your neonic is wearing out, you should spray, but you definitely want to wait until you have enough larvae there that you’re maximizing your application to control as many insects as you can,” he says. “That might mean putting up with some defoliation.”

For control of aphids, psyllids and whiteflies, Bayer’s Movento® insecticide, a Group 23 (spirotetramat) chemistry, is an option that offers systemic and residual control. Movento works by inhibiting insects’ lipid production, which eventually kills them. Because Movento is effective against aphids, it can also limit the risk of Potato virus Y (PVY). Any insecticide use should be based in an IPM program that includes scouting and record keeping, and incorporates every effective tool for mitigating pest pressures. Prolonging the life of insecticides is critical.

Gibson suggests producers try dip testing if they suspect they have some resistance to minimize economic losses due to ineffective spraying – it’s an “old-school” method, but can be helpful. The point, Gibson says, is that producers should do everything they can to keep insecticides in the running. “What I often tell people is that we have to do the simple things like rotating insecticide groups and doing dip tests and scouting before we have to go back to old things like vacuums, flamers and trenches. We don’t want to ever have to go back to those,” he says. 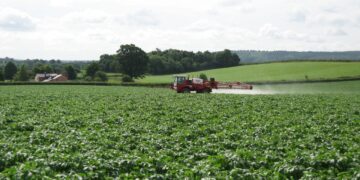 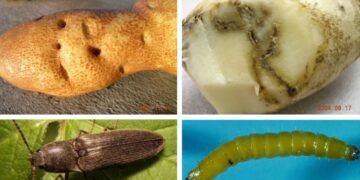 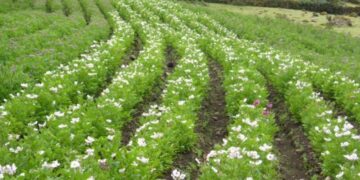 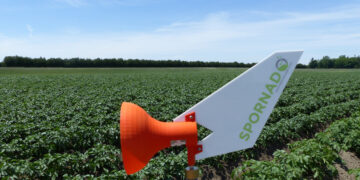 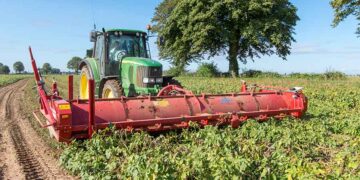